NEHEMIAH 3: Working as a Whole Village 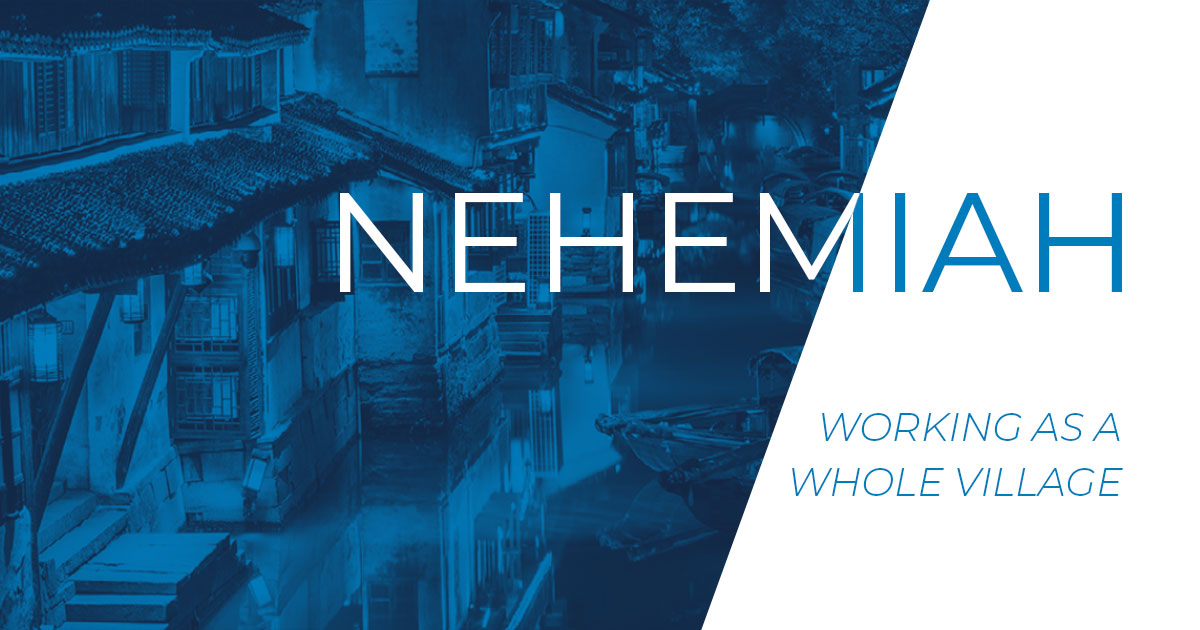 This is part 4 of 7 in a series about Nehemiah.

Nehemiah chapter 3 could easily be glossed over as one of those long-winded chapters in the Bible with a lot of names that are hard for us to pronounce. That would be a mistake. There is a simple but compelling reason all of these names are present: it takes a lot of people to build a wall!

All Hands on Deck

This was not an effort of the clergy. It was not a small group of people “at the top” who did the work. This was the Jewish society taking responsibility and building together. Perhaps there is a lesson here for us.

Business owners recognized their responsibility to restore the broken wall, and thus the broken economy, of Jerusalem:

All worked together to rebuild!

In 3:1, Eliashib the high priest and his brothers the priests built the Sheep Gate (where the sacrifices entered the city on their way to the temple), set the doors, and consecrated it.

There were no bars on the gate (the Sheep Gate) that was used for sacrifices. Safety was less a concern than salvation. Yet, safety was important. The other gates were built or repaired with bars. In 3:3, 6, 13-15 the Fish, Yeshanah, Valley, Dung, and Fountain Gates were built: beams laid, doors set, then bolts and bars.

No One Left Out

How different their economy was than ours! Most of these people were something other than a carpenter or a blacksmith, but they all lent hands in building the wall. If we had to build a community wall today, I would mostly stand there looking like an idiot. I would be treated as an unskilled laborer and would require a lot of hand holding and instruction.

But many, if not most, people back then could build their own houses because they had to. Most people could do most things and there were only a few specialties. We are far more specialized today, so we often read our advanced economy into the Scriptures and miss their view of work (they spent pretty much all their time working, even if it wasn’t paid).

Jesus Called Us All

If we want to reach the least-reached and complete the Great Commission, it will require all hands on deck. We need to stop leaving the majority of people on the sidelines and using only a few with a particular type of training (seminary or Bible school) when we were all commanded to do the work (Matt. 18:19-20).

This is not to say we should be sending people who have are not trained in the Scriptures or in how to communicate cross-culturally, but how we train (or don’t train) can be as important as the training itself. Jesus spent a lot of time doing job training with his disciples while they were on the job. They retained so much of it that we have four gospels worth of material on their time together.

As businesspeople, let’s get in the game and learn from the Master on the job how to bring the Good News into our workplaces. Like Nehemiah, we have a structure to build. But our structural task is global rather than local, and we need a great many more people involved to complete the work. We all need to be working on this wall together.