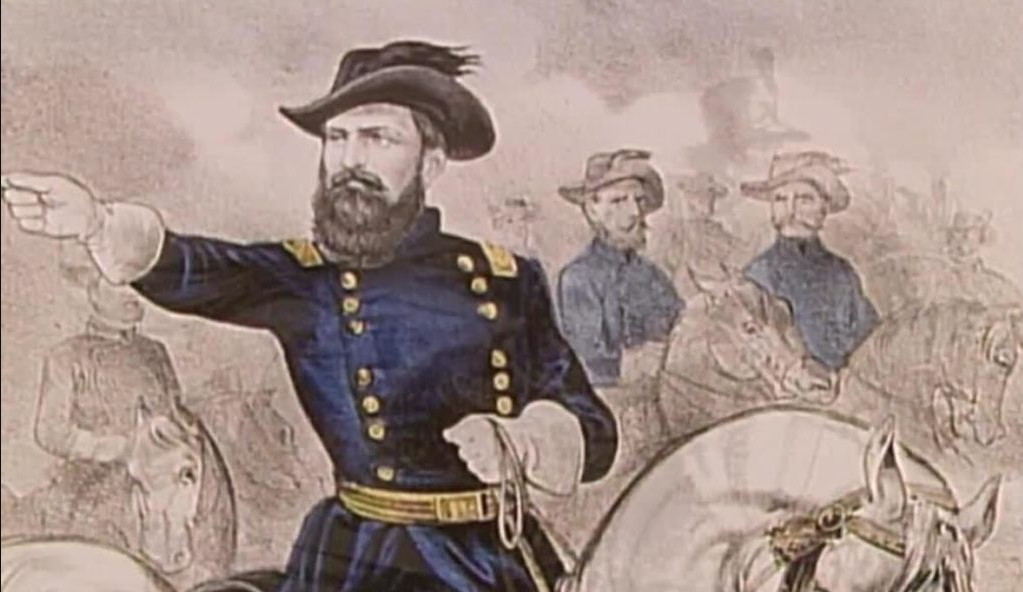 By the Spring of 1863, all of the cities and forts along the Mississippi River were under Union control. That is, all but one – Vicksburg. For many months, Union General Ulysses S. Grant tried to penetrate the Confederate defenses of Vicksburg. He tried attacking head-on. He tried to go around. He spent months digging a new canal that would change the course of the river. He blew up the levees upstream and literally tried to float the boats down into the city over the flooded land. He tried to starve the residents and soldiers. None of it worked.

Both the public and Lincoln were discouraged. Lincoln ordered another general to go and replace Grant. But Grant refused to be rattled or give up. He knew no fort was impenetrable. There was a weak spot somewhere. He’d find it, or he’d make one.

Grant’s next move ran contrary to all the conventional military tactics of his time. He decided to run his boats past the gun batteries guarding the river, a considerable risk. Despite an unprecedented nighttime firefight, nearly all of the boats made the run unharmed. A few days later, Grant crossed the river about thirty miles downstream at the appropriately named Hard Times, Louisiana.

Grant’s plan was bold. The troops were to leave most of their food and water behind. They had to live off the land and make their way quickly up the river, taking town after town along the way. By the time Grant laid siege to Vicksburg itself, the message to his men and enemies was clear, he would never give up. Grant was unstoppable. His victory wouldn’t be pretty, but it would be accomplished.

If we are to overcome obstacles, we cannot succumb to setbacks. Failure is God’s way of teaching us how not to do something. We will not be rushed or distracted. We will push on and chisel away until the obstacle is overcome.

Vicksburg proved two things. Tenacity and persistence are keys for success. When traditional options don’t work, try something new. That option, leaving his supply wagons behind and living off the spoils of the enemy territory, was a previously untested strategy. The next year, General Sherman would use this same strategy to capture Atlanta. By living off the resources of the South, their supplies were depleted along with their will to fight.

In trying it all the wrong ways, Grant discovered a totally new way, the way that would eventually win the war. Grant’s story is not the exception to the rule. It is the rule. This is how innovation works.

Consider Noah, Moses, Abraham, Joseph, Joshua, Sampson, Gideon, Ezra, Esther, David, Daniel, Elijah, Elisha. Need I go on? You know their stories. Every single hero in the Bible stepped out of the box in obedience to God, tried something new, and so blessed God.

Is God calling you to try something new in your life or work?