THE EXCELLENCE OF DANIEL 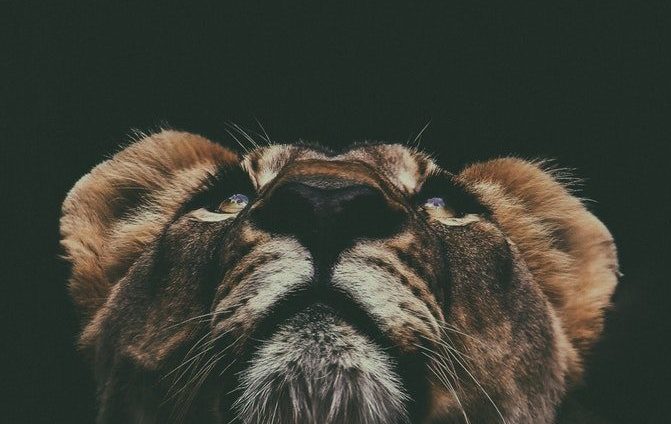 In August, at our network’s gathering, over 150 B4T workers, 100+ children, and another 100+ coaches, member care workers, investors, and mentors gathered to worship and celebrate God’s goodness, prayed over one another, shared, encouraged, and built one another up in His love and work. Our core values of relationships (with God and others), accountability, transparency & authenticity, and excellence were featured in our sharing throughout the week. The following is a portion of a message that was given by a worker in the Arab world.

King Nebuchadnezzar was a very powerful man, and likely the most powerful up to that point in history. He was powerful, and he had a bad temper. One night he had a bad dream, one that troubled his spirit greatly. He summoned the “wise” men of Babylon and told them he wanted something extraordinary from them: not only did he want these leaders to interpret his dream, but if they were so wise and to be trusted, he expected them to tell him the dream itself.  He was testing their authenticity. I believe that he was wise to do this, as otherwise, these counselors could have agreed as a group to come up with a plausible interpretation and convince him of its merit. What the king was asking was truly the impossible.

When no one offered to interpret the dream, the King was furious. He realized they were all charlatans who could not stand up to his scrutiny and accountability.  He decided to have all the “wise” men of Babylon destroyed. Yet, in the wisdom of God, Daniel heard about this decree and was able to thwart it. Read how he responds:

So the decree went out, and the wise men were about to be killed; and they sought Daniel and his companions, to kill them. Then Daniel replied with prudence and discretion to Arioch, the captain of the king’s guard, who had gone out to kill the wise men of Babylon. Daniel 2:13-14

Daniel responded with prudence and discretion. He didn’t accuse the King of being a crazy moron for his decree, but rather, he sought out God’s help.  As a leader, Daniel’s response upon hearing bad news was to turn and seek God for a solution, not just bash the politician. Now, here is where the excellence comes in:

And Daniel went in and requested the king to appoint him a time, that he might show the interpretation to the king. Daniel 2:13-14

Daniel requested to meet with the king before he knew he could help! This is incredible! He risked further inflaming the king’s anger and causing him and his friends to be tortured if God didn’t come through. When we are committed to excellence, we should trust in God for the results. Only Him working in and through us can bring about awesome – miraculous results. Excellence may require us to risk all on God showing up and God doing the work. Excellence puts God in a situation where He must show up or the work will fall apart. This is where we trust God the most, God shines the most, and our joy is the fullest. Daniel wasn’t naïve: he went to his house and beseeched his 3 friends to join him in praying for God’s mercy (v.18). They knew what was at stake. God mercifully gave Daniel a vision in the night and he raced to the king to prevent the destruction of the “wise” men.

As you read in Daniel 2, Daniel is always careful to shine the spotlight on God rather than himself. He says in 2:27-28,30…

No wise men, enchanters, magicians, or astrologers can show to the king the mystery that the king has asked, but there is a God in heaven who reveals mysteries, and he has made known to King Nebuchadnezzar what will be in the latter days……. But as for me, this mystery has been revealed to me, not because of any wisdom that I have more than all the living, but in order that the interpretation may be made known to the king, and that you may know the thoughts of your mind.

Daniel’s wisdom comes from God. He doesn’t claim himself as the origin of any of his excellence; nor should we. After Daniel gives the dream and its interpretation to the king, he falls on his face and pays homage to Daniel. Then he says something astonishing:

The king answered and said to Daniel, “Truly, your God is God of gods and Lord of kings, and a revealer of mysteries, for you have been able to reveal this mystery. – Daniel 2:47

This is what God is seeking in all our dealings – His Glory. He wanted the most powerful man in the world to see and savor His rule. King Nebuchadnezzar isn’t quite ready for that yet, and the fun will continue into the following chapter. But for now, Daniel – through the mercy of the Living God – has accomplished something truly extraordinary: he has excellently thrown himself onto the mercy of God, needing Him to come through or his life will be over.  Naturally, God is honored by this kind of faith. As a result of his obedience, Daniel is given more responsibility and is put in charge of all the wise men of Babylon. He then shrewdly makes more space for his 3 friends, and the influence of God’s people – even in their exile – grows.

If we want to grow in excellence, we must join Daniel in throwing ourselves on the mercy of God and trusting Him to show up and show off. When Jesus said a little bit of faith would allow us to move mountains, this is exactly what He was talking about.