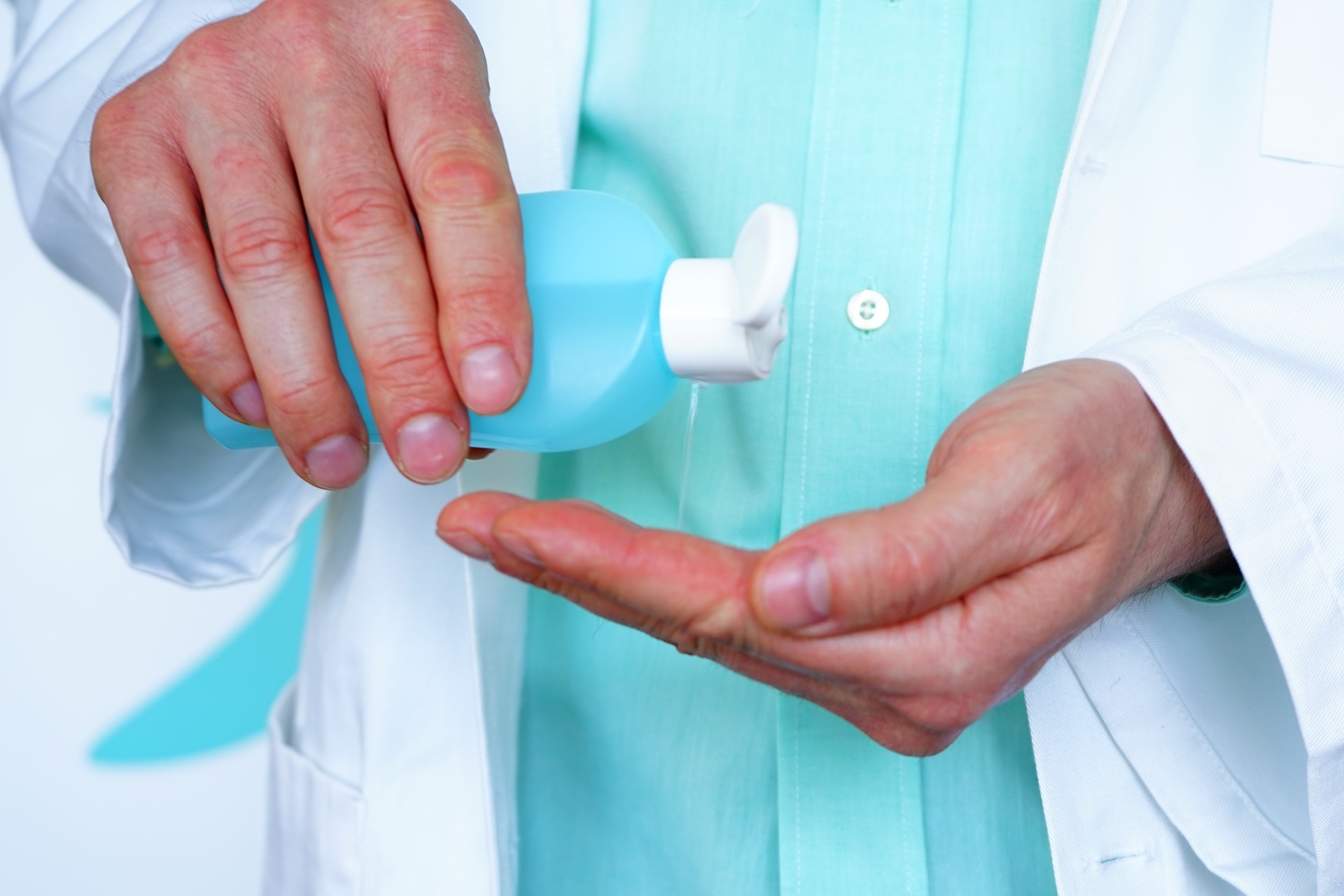 Mrs. Smith entered the maternity ward at 2pm on August 7, 1801, and after a natural labor of four hours gave birth to a healthy baby boy, Abraham. The baby was healthy, and at first all looked well.  Then at midnight on the 9th, Mrs. Smith began feeling severe chills. She had been recovering nicely up until then but she died less than eighteen hours later on the afternoon of August 10th.

This was a typical case of puerperal fever, an epidemic that was sweeping across Europe and America in the late eighteenth and early nineteenth centuries. Fatalities of birthing mothers from complications during childbirth were not uncommon in those days. Statistics of the day reveal that in some hospitals as many as 12 percent of childbirths resulted in the mother dying. But the puerperal fever epidemic was much worse. At the height of the epidemic, in some hospitals, puerperal fever was the cause of death for as many as 70 to 80 percent of women who gave birth. The symptoms, which included fever and abdominal pain, would strike only days after a mother gave birth. Death often followed shortly after. So common and devastating were the effects of the disease that it was called the “Black Death of the Child’s bed.”

The devastating disease sent shockwaves through the medical community.  Doctors of the day who were attempting to convince people that their hospital care was far superior to the care people relied on at home were at a loss to explain the epidemic. This was the age of the Enlightenment in the West, a period that saw the rise of an intellectual class determined to reform society by replacing tradition and faith with science and rational analysis. It was a period when reason ruled, when empirical data, and expertise, was revered and honored.

“Enlightened” physicians and scientists of the day researched the disease. Doctors and their hospitals promoted complex theories based on their own experiences and studies to explain the puerperal fever epidemic and how to prevent its spread. But for all their good ideas and well-meaning intentions, for all their science and data, for all the complex models they developed, the doctors failed to consider one significant factor in the spread of puerperal fever – themselves.

In an effort to advance their thinking and figure out a solution to this scourge, it was common for intellectually driven surgeons to perform autopsies in the morning, study the victims for clues, then attend to patients in the afternoon. The understanding of germs was not yet well understood, and the surgeons frequently did not properly wash their hands or sterilize their instruments. In an effort to find a solution Dr. Oliver Wendell Holmes, of Boston, proposed in an essay that it was the doctors themselves who were responsible for the spread of the disease.  This essay was published in 1843, in the New England Quarterly Journal of Medicine and Surgery. In the essay Dr. Holmes insisted that surgeons had a moral obligation to purify their instruments and burn the clothing they wore when administering care to infected women.

Dr. Holmes’s essay stirred up a good bit of controversy among his peers. Dr. Holmes came under attack from many of those he accused of doing accidental harm. “Doctors are not the cause,” said one critic. “They are gentlemen!” But the body of evidence Holmes had collected was hard to dispute. The more doctors performed autopsies on women killed by the deadly disease, the more women were infected. Some of the doctors performing the autopsies even contracted the disease themselves. Still, it wasn’t until twelve years after his original essay was published that the rest of the medical community accepted responsibility and began adequate sterilization practices. Only after the men who claimed to offer the solution accepted that the way they conducted their business was part of the problem did puerperal fever all but disappear.

Over my 32 years overseas, I’ve seen and tried numerous strategies for reaching the lost.

The corollary between the spread of puerperal fever and the dangerous disease afflicting our mission culture today is disturbingly close. We live in a new age of Enlightenment. Only now, our men of science are missiologists and theologians who rely on metrics, tools of efficiency, calculations of returns on investment, and empirical data, as the preferred means to guide decisions. And with all our numbers, strategies, and systems, we require a greater reliance on managers to manage them. And like our inability to see the forest for the trees, sometimes we can’t see beyond the methodology to see the people doing all the work. And despite all the books, blogs, and boasting, the unreached are still unreached, and the unengaged are not yet engaged with the Gospel.

I wonder, is the root of the problem us?