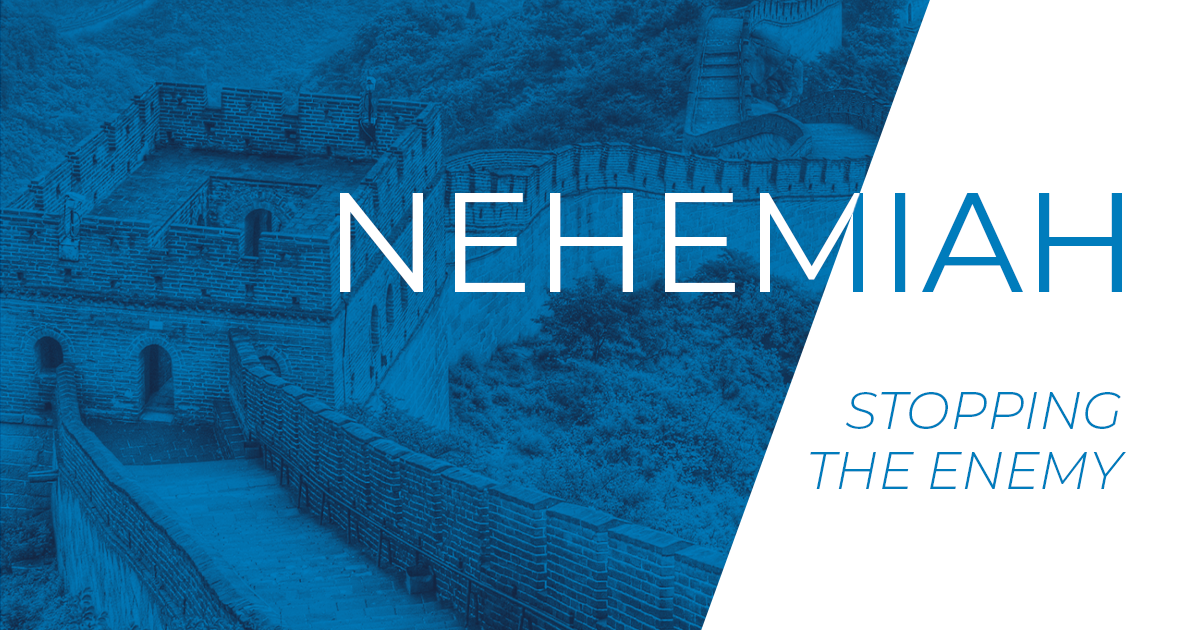 This is part 7 of 7 in a series about Nehemiah.

When you have made significant progress in God’s work, the enemy will have no choice but to do his worst to stop you. After suffering through culture shock, mastering the local language, and building a network of locals to regularly love and serve, B4Ters often find the evil one will try to discourage them, make them homesick, make them sick (as happened to me), distract them with Netflix, or wage outright character assassination (as we have seen among several B4Ters in different regions in the past five years).

We find in Nehemiah 6 that the work has moved into a new phase. The wall is almost complete (6:1), so it becomes essentially impossible for the enemies to stop the work by normal threat of force. They change tact and go after Nehemiah’s leadership on three levels:

The path of a B4Ter is fraught with danger. We must be focused and have focused prayer partners interceding for the work and for our hearts. Our sending churches are critical here. This is why the OPEN Network affiliates have “church-centric” as a value.

We consider the church, not the agency, as the one who sends. Agencies and networks can help us in our journey, but the church is the bride of Christ and the true spiritual authority on earth. If you are from a sending church, I encourage you to join your B4Ters on their journey. Pray for them, visit them, check in on them, and encourage them.

If you are a B4Ter, or are aspiring to become one, I hope you can find a path that has been cut out before you by Nehemiah. As we join the global Body of Christ in building the structures of His Kingdom, may they be laid down in a pleasing way so that He is glorified and honored in our work.