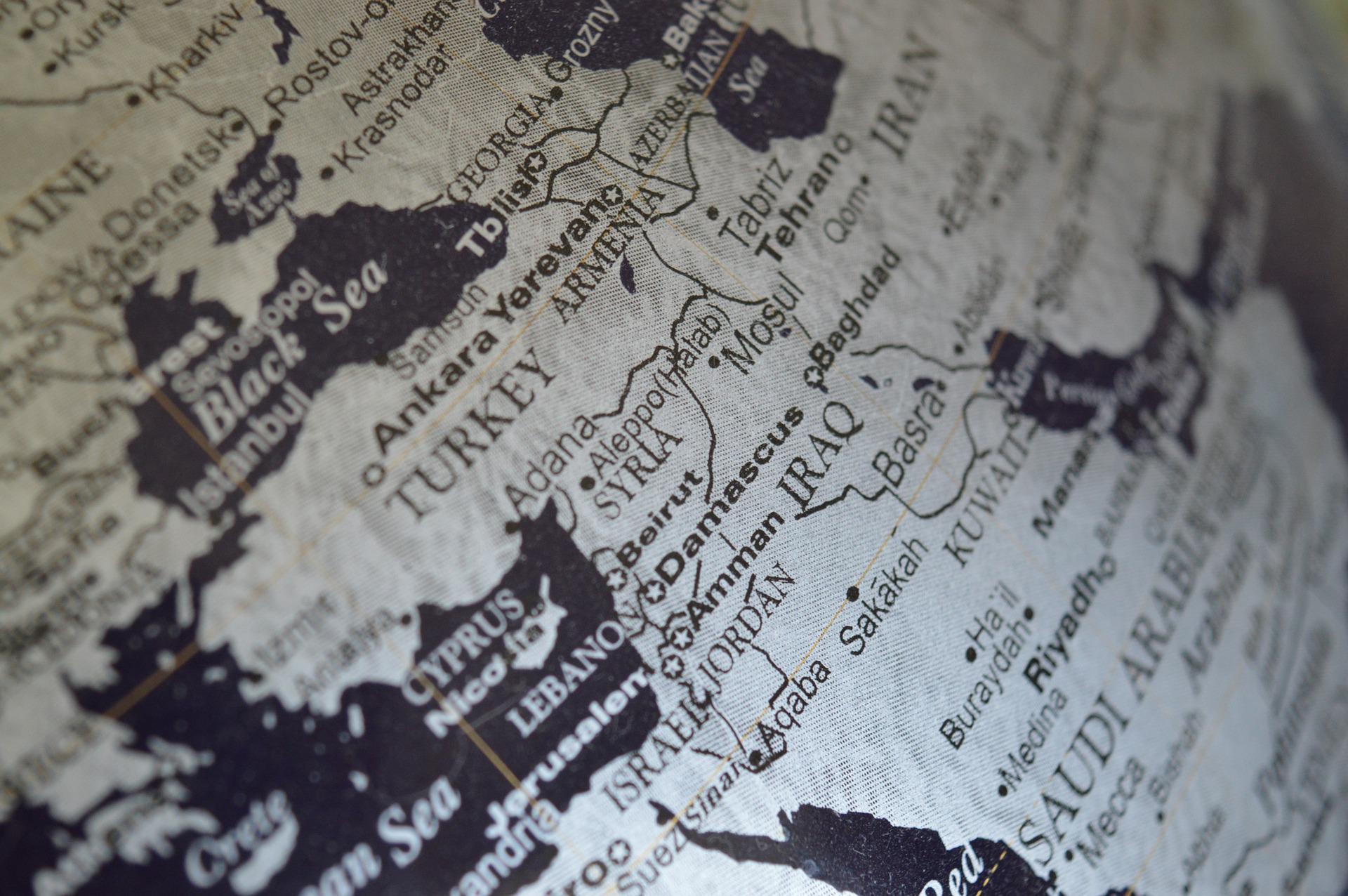 The following is from a letter a dear friend, who serves in the Middle East, wrote us. I’ve edit parts for obvious reasons.

I sat on the floor of a tent watching Syrian Christian refugees reach out to Syrian Muslim refugees. The Christians were sharing food they had gathered, and they were sharing Good News with the Muslims. The Christians were suffering their own losses, yet one woman in particular impressed me and I will never forget a statement she said, “I know Jesus greater because of this war. I wouldn’t change that for anything.”

This woman was teaching her 4 year old son to love others and how the war isn’t between Islam and Christianity but between Satan and God. She told her son to always remember that in order to pray and speak Truth well. I joined other Christian refugees in visiting Muslim refugees that were sharing His Word and doing Bible studies in their tents. It was the first time most of these Muslims had ever seen an Arabic Bible or have anyone explain the Word to them. It was the first time I attended a worship service watching Christians and veiled Muslims worshiping Jesus together. It was amazing to see them focused on Him instead of their differences. Yes, there is a plenty of mess with all of that too, for we are human, but the beauty in that mess will be an image I will cherish. God’s church is expanding and awakening sleeping believers.

The war is impacting the entire region.

Syrian Refugees are not welcomed in most places. Many areas were forced to take refugees simply because they bordered Syria. Lebanon desires the refugees to leave and is not friendly towards them because of the years of oppression Syria had on them. The unknown of where to go and the journey to get to another country is extremely dangerous and risky, and most do not have the money for such travels. They may settle for a while but at any moment because they do not have the proper paperwork, they may be forced to leave.  One evening I was in a car with four other Syrians when we approached one of the many checkpoints. We were pulled over and the police reviewed their paperwork. They didn’t even ask to look at my passport. Thank goodness, they didn’t read the documents of my Syrian friends fully because they were expired and weren’t permitted new paperwork by the government. They could have been forced to leave the country that night. When they let us go there was silence with relief that they had another day here. But what tomorrow brings is uncertain.

When I went to visit friends where I used to live, I found my friends to be bearing a heavy grief. My former neighbor’s 18 year old son was murdered 15 days prior to my arrival. The area being Shia Hezbollah; he joined the army to stop ISIS from entering Shia areas in Syria and Lebanon. He was killed by a sniper his 3rd day in Syria. He had not even entered the combat unit yet. This incident led to much discussion about the war. We talked at length about who was evil, and of the various theories concerning who started this war and why.

Yet in the end it didn’t matter because grieving with a mother that lost her first born requires no words. It is tragic for any parent to lose a child. I longed for Jesus’ return and prayed for His comfort to be upon her. That evening the family I was staying with and I talked a great deal more about ISIS. I explained to them that her or I could easily be ISIS. You see some of those people are forced into fighting, fighting for their families lives, or they truly believe that God wants them to do that. We both agreed if people killed our family that there would be at least a desire to revenge that death. And then where does the line end?

I shared the story of Elijah praying and how he opens the eyes of his servant to see the Lord’s army so as to have faith. But at the end of the story Israel blessed their enemy, clothed them, gave them food, and then there was peace. We had a long discussion of what that forgiveness could potentially appear as, knowing it’s difficult because sometimes fighting maybe needed; but the war has become so blurred that it’s confusing to know who you are fighting. It was the first time I heard the wife express doubt in an Islamic system although she was quick to rephrase her statement.

I would love to continue and describe the living situations and other events I experienced in order to open your hearts and mind to the pain of the war. Not to sadden you, but in hope that it stirs a response, and reminds us to be the Church that Christ has called us to be, to strangers…to the foreigners. We are to remember His assignment is for us to welcome them. To bless them. To share Hope. To love them. That you too, may come to know Jesus more through them.

“For the LORD your God is God of gods and Lord of lords, the great God, mighty and awesome, who shows no partiality and accepts no bribes. He defends the cause of the fatherless and the widow, and loves the foreigner residing among you, giving them food and clothing. And you are to love those who are foreigners, for you yourselves were foreigners in Egypt.”
>Deuteronomy 10:17-19

OPEN USA supports workers in the 10/40 Window, who are doing Business for Transformation. This author’s identifying information has been withheld due to security reasons. To learn more about OPEN USA and B4T, visit Find Yourself in B4T