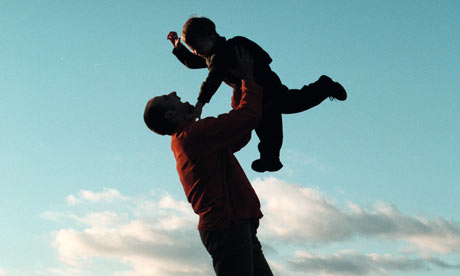 It was a beautiful Wisconsin Saturday, in late October. Wanting to take advantage of the weather, my family decided to go over to my Uncle Tom’s house for a BBQ.  My cousin Jeff and I were both 11 years old.  We had a knack for making easy chores hard, and safe jobs dangerous. As it was getting dark we were asked to clean up the patio while the others headed into the house.  Both uncle Tom and my father smoked and they’d left a pack of Camel cigarettes on the picnic table. Jeff seeing an opportunity took two cigarettes out of the pack and handed one to me.  We didn’t have matches, but we put the cigarettes in our mouths and sat down in the chairs putting our feet up, just like our dads had done all afternoon. Then we began pretending to puff away.  We had a few laughs at ourselves thinking how grown up we were.

Well, after about 10 minutes our fathers, knowing our track record, came outside to see why we were delayed. When they saw what we were doing, clearly imitating them, Jeff and I assumed they’d be happy and laugh with us. But my uncle Tom tore into Jeff like he’d just robbed the neighborhood bank. Now, my dad was a great man. Successful, generous, if you could get into heaven on good works, he would have made it. Yet both our dads had a temper, kind of a family trait that’s been passed down for generations. Ignoring his brother, my dad took me by the arm and escorted me like the prisoner I was, into the house. We walked briskly past the kitchen and across the living room to the fireplace, where someone had started a fire.

As we sat down on the brick fireplace, I was thinking my father was going to grab a stick from the stack of firewood and see if he could break on my rear side. I was about to turn over when my father sternly said, “Look at me!” I looked as intently as I could, knowing he could see the fear in my eyes. He pulled a cigarette out that pack of Camels, lit it, and made me sit there and watch him for a minute while he took 3 or 4 puffs.

Half smoked, he then took that cigarette and threw it into the fire. He looked at me and said, “That is the last cigarette I will ever smoke, and I want you to make me a promise.” With a hope I was not going to be spanked, I eagerly nodded. He then took the pack of Camels and threw it into the fire. We watched for a moment as the cellophane wrapper sparked in flames. Then dad looked at me and continued, “Son, promise me that you will never ever smoke a cigarette. Promise?” My fear factor was lowering as I replied, “Yes, I promise.” He reiterated, “You promise.” “Yes” I repeated.

Dad kept his word. I never saw him smoke another cigarette. That was 50 years ago, and to this day I’ve never smoked a cigarette, or anything else. Uncle Tom however, continued to smoke and Jeff started smoking when he was 18. Jeff died 12 years ago of heart disease. Thanks, Dad, for that transforming moment, and all the ways you modeled being a father for me.

Fathers, remember, lights don’t talk, they shine. People/children don’t do what you tell them to do, they do what they see you doing. Whether at work or at home – seeing is believing.

Let your light so shine before men, that they may see your good works and give glory to your Father who is in heaven.  Matthew 5:16

OPEN USA supports workers in the 10/40 Window, who are doing Business for Transformation. This author’s identifying information has been withheld due to security reasons. To learn more about OPEN USA or to get involved in B4T, visit Find Yourself in B4T.