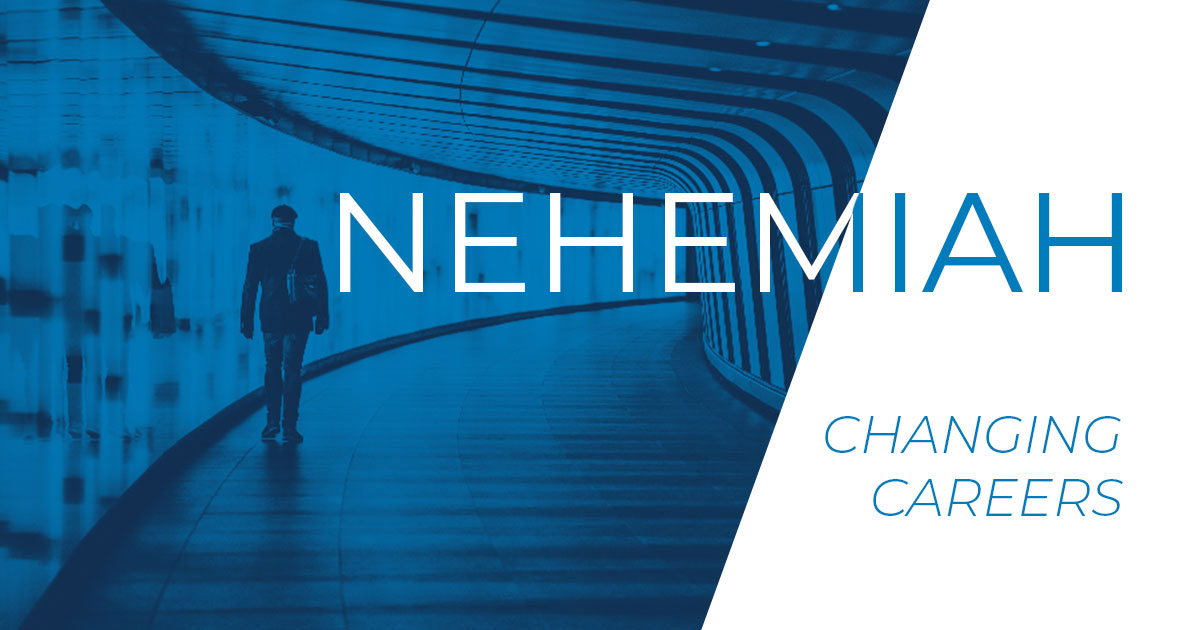 This is part 1 of 7 in a series about Nehemiah.
I recently read about a guy in his mid-life who developed such a passion to fill a particular community need that, without further formal education, left his prestigious career as a sommelier to become a community activist and later a PMP (Project Management Professional). He then went into politics and became a mayor and worked his way into governorship.

When he learned about this need, he couldn’t live with himself if he did nothing about it. Fascinatingly, he viewed none of these professions as more or less holy than any others, but instead made the moves when the LORD brought opportunity to Him to work on what was ultimately closer to his heart.

He didn’t make career moves based on what made more money, more prestige, more security, more leisure, or any of the other criteria in which we often base our career decisions. In fact, while he was functioning as a sommelier in one of the most prestigious restaurants on the planet, he heard news about his home country that broke his heart and caused him to ask his boss for an extended time of unpaid leave so he could right the injustice.

He was not “following his heart” in any modern use of the term, but he was following his heart insofar as God had laid that desire on him for His greater glory. This man was so obedient to the Father that he left his prestige to become a community activist, lobbying for resources to rebuild in his home country after tragedy struck.

The work of his life was so novel that the story of his life was put together in a book to be preserved for us to read, study, and learn how we can join God at work redeeming a broken world.

If you haven’t already guessed, I’m talking about Nehemiah. He went

Whether or not we make a lot of money, “grow” in our positional authority, are seen as successful by those around us, or can afford to buy a better car in a few years, we have the opportunity of a lifetime to join God in blessing the peoples of the earth. That blessing comes in the form of redeeming what is broken—bringing the gospel AND restorative business.

Let’s spend a few blog posts working through the story of Nehemiah, rejoicing in how the LORD used him and being encouraged that He will also be pleased to use us similarly today!