THE CALL OF PETER 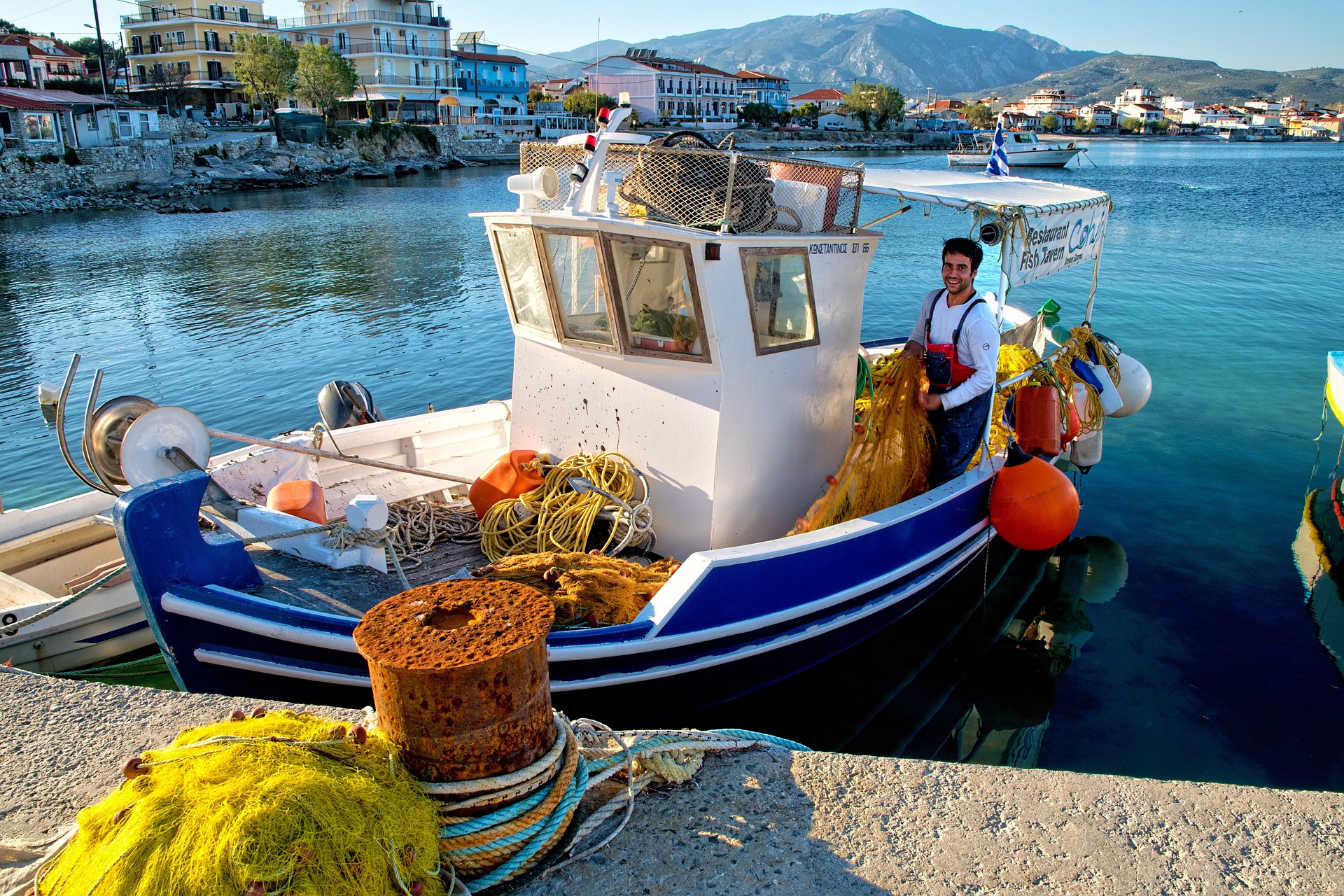 In the West today, we follow the Greek pattern of thought, albeit to a lesser degree: separating completely matter from spirit. The Greek thought was that matter was evil and spirit was good. The OT authors/prophets and the NT authors/Jesus thought differently. Jesus talked more about money than he did about prayer. Why?

Remember, when God created the material world, he called it good. It was, in fact, “spirit,” or the will of man, that was first evil—rather than the material world itself. But then John 1:14 says, “The Word became flesh and dwelt among us.” This is the ultimate affirmation that God regarded matter not as inherently evil, but even as the perfect vehicle to deliver redemption to the world. Now we turn to Peter’s call. 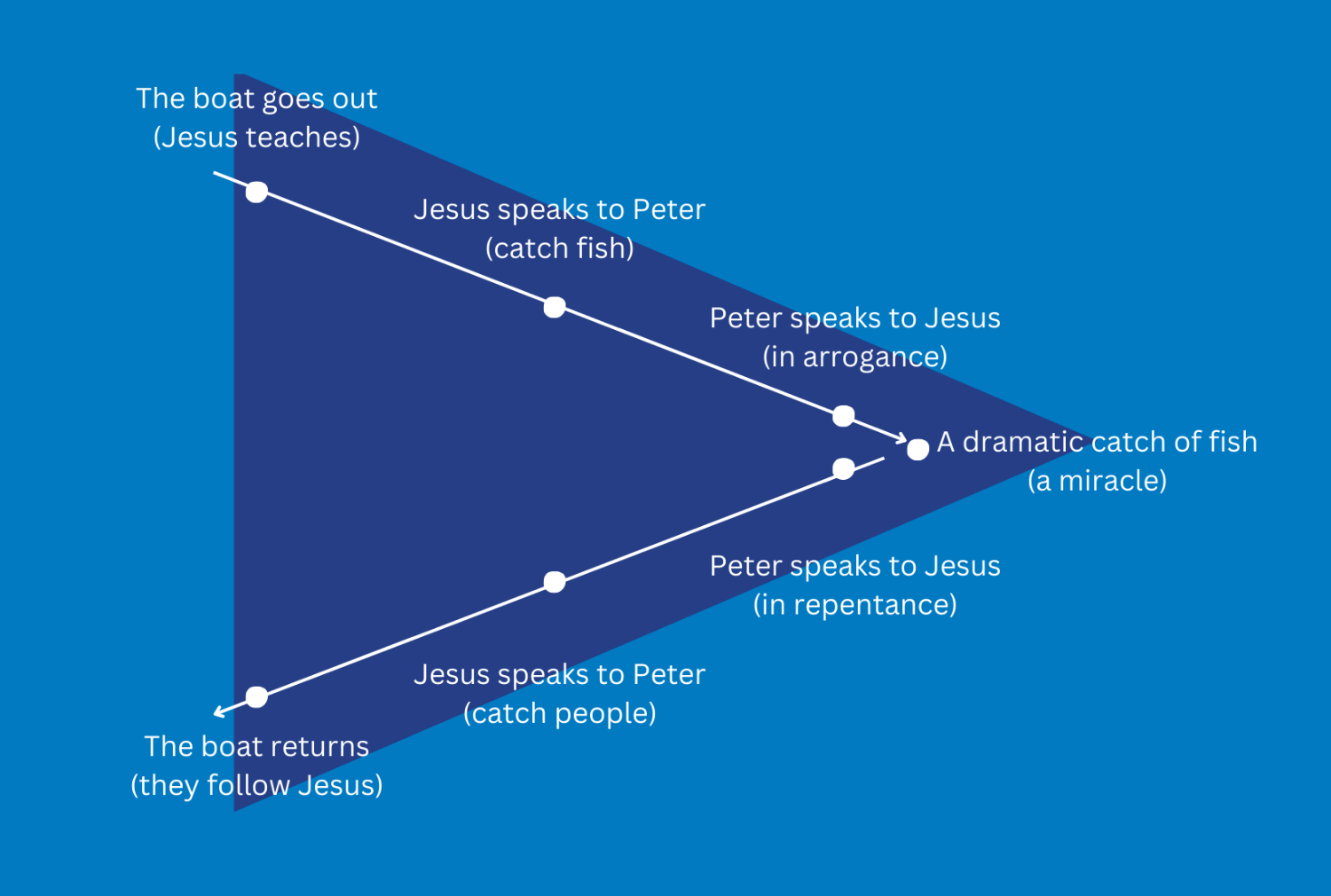 Notice where the call of Peter occurs: on his turf. Jesus goes to him. Jesus did not call him while teaching at a synagogue, but rather he got in Peter’s boat and asked for his help.

Picture it: after a long night of catching nothing, Peter and his crew are coming in to shore only to find a huge crowd gathering to hear the teaching of Jesus. Jesus has people pressing in on him from all sides and needs a better vantage point from which to teach. How convenient (or maybe Jesus planned for this…) for Peter to be arriving and for Jesus to ask him to put the boat out a bit into the water so all the people (and Peter) could hear.

Notice that Jesus does not tell Peter how much he has to offer him or that his life would be enriched if he follows. Rather, he tells needs Peter’s skill of rowing and keeping the boat in a constant position in a lake where current will naturally drag the boat toward the shore. This is not the only instance of Jesus beginning a conversation by requesting help; think about the woman at the well: “Give me a drink” (John 4).

Where to Catch Fish

Now the amazing part: Jesus, the religious teacher, tells Peter, the professional fisherman, where to catch fish. There are a few important things to note before proceeding with the dialogue: fish in the Sea of Galilee feed at night, so it’s an odd suggestion, indeed, to propose that they should put out in broad daylight to catch fish.

Secondly, the nets they used for fishing were for night only. Fish could avoid them during the day, but at night when feeding they were more vulnerable to catch. Therefore, we must conclude that from Peter’s angle this is a ridiculous request – possibly even somewhat offensive (remember he was exhausted from a long night of catching nothing and this was his job, not recreation. His patience level was likely very low).

So, Jesus asks Peter to put out into the deep. Because of the above explanation, we may conclude that Peter’s response was sarcastic: “Teacher! We toiled all night and took nothing! But at your word I will let down the nets.” I would paraphrase this response as follows: “Teacher, as a professional fisherman, I know exactly what I’m doing. I am exhausted from working all night and catching nothing, and then I stayed up a few more hours to row while you taught. Apparently as a religious teacher you think you know everything, so let’s go see what you know about fishing!”

Knowing this, it’s far clearer to me now why Peter responded to the miraculous catch the way he did: “Depart from me, for I am a sinful man, oh Lord!” First he had called Jesus, “teacher.” Then he called him, “Lord.” Much like Isaiah in the throne room vision of Isaiah 6, Peter senses that he is in the presence of holiness and that he is nothing in comparison.

Here we see the beginning of a beautiful pattern in Luke: Jesus enters the material world of a person (in this case, fishing) and moves the person to a world where the destiny of people around them is more important (in this case fishing for people). When the Pharisees complain in Luke 15 about Jesus’ welcoming of sinners and eating with them, Jesus begins with stories of lost sheep and lost coins before moving to lost sons (people).

One chapter before this, in Luke 14, Jesus is confronted for healing a woman of dropsy and he responds first with a parable of rescuing a donkey before effectively saying, “How much more should I heal this woman?” In all these cases Jesus begins in the material world of animals and turns to a reflection on people.

Jesus starts his work in a person by asking for help, not offering it. Real help is needed – not fabricated just to get his foot in the door. Jesus acknowledges Peter’s skill and requests its use for the Kingdom, thus affirming his inherent worth. Rather than being told to dump his “inferior earthly skill,” Jesus tells Peter that he can put his skill to use for a greater purpose: rather than simply catching and killing fish he can catch and bring life to people.

Peter tells Jesus to “Depart from me…” The clear implication here is that Peter believes holiness will be defiled in the presence of an unholy person. On the other hand, Jesus believes and implies to Peter that the holy will cleanse the unholy.

This is a lesson for all followers of Jesus. In the first real one-on-one between Peter and Jesus, Jesus is elevated from teacher to Lord. This is at least partly because Jesus didn’t simply tell Peter to become a fisher of men, he was actively being a fisher of men in the process of calling Peter (he was teaching the people from the boat, and he directly “caught” Peter, James, and John).

Going back to the beginning where I mentioned that Jesus spoke more of money than prayer, imagine this scene from an economic angle: if you’re Peter, you dream of the big catch like a modern-day person would dream of scoring that big bonus. When Jesus told him where to cast and the “big catch” was caught, one of the first thoughts that had to have gone through his mind was, “Why would this teacher know where to find all the fish (a.k.a. He could be RICH if he exercised this knowledge to make money) but wander around as a poor Rabbi?”

But upon realizing that Jesus won the lottery with that catch and didn’t care, he must have sensed something lacking in his own value system that attracted him to Jesus’ value system. He left everything and followed Jesus, including the wealth that would have come with that bit catch.

This is not to say that Peter never took up the nets again, because we know he did. Jesus was not focused on Peter never using that skill again but rather on Peter’s primary life goal changing to be Kingdom-of-God-focused (and thus people-focused).

This is challenging to me, as I hope it is for you as well. In our work, we must remain people-focused like Jesus. Use your work to bless your people, and you will be well prepared for an eternity of doing the same in the glorious presence of the King.